Control of lighting in TULI® CINEMA

Recently, a new unique x-bionic®sphere complex has been opened in Samorin near Bratislava. It offers ideal background for professional sportsmen and teams, for sports enthusiasts, families and for lovers of healthy lifestyle and well-being. In the vast complex you will find three large facility where the control of the illumination system has completely been entrusted to Tecomat Foxtrot system. These include the cinema, hotel foyer and congress center. The system was deployed by a Slovak company called CableCom s.r.o. Let us take a look at this project from the viewpoint of the implementation of the control system and the from visitor point of view.

Visually most exciting is definitely the unique and colorful Tuli® Cinema interior. It is the first of its kind in Slovakia. Its color and exceptional architecture will immediately get the visitors into the right mood. The non-traditional seating for 112 people is equipped with Tuli® seats that dynamically adapts to the instant position and the mood of the viewer. Exceptional cinema experience is further enhanced by both the cutting-edge projection technology, high-quality sound, but also by fully-controlled automatic lighting system installed in the hall. Yes, even in the cinema where darkness is one of the main functions, light, and above all, properly controlled light plays an important and obvious role. A total of 128 lamps in the hall ceiling, on the walls and on the staircase are equipped with standard DALI ballasts/inverters. All are coordinated by one central Foxtrot CP-1004, to which all lamps are connected via a pair of
master modules DALI C-DL-0064M. Each of them controls full DALI bus space which consist of 64 light units. The principle used to control all lights is based on Foxtrot‘s Ethernet communication with the main IP projector. Foxtrot oversees user-adjustable light scenes: „OFF“, „Trailer“, „Projection“ and „Full – 100%“ for all 128 lamps. The scenes are arranged by Foxtrot along a time axis and the main projector automatically calls them.

Another area in the x-bionic®sphere where Foxtrot‘s scenic function is used is in the hotel‘s foyer. Even though you would not expect it, there is almost double the amount of controllable lights when compared with the cinema hall. There is again one central Foxtrot CP-1004 unit this time with four DALI master modules C-DL-0064M connected between via CIB bus. On the ceilings and on the walls there are roughly 200 lamps with DALI ballasts, divided into groups and controlled by one of the several preset scenes. The scenes are selected from the reception desk using the receptionist‘s PC screen with a web browser connected by default to Foxtrot through its user-programmable website with full graphics.

The third, and the largest project in terms of the size of the illuminated space is the congress center. It consists of 12 different congress rooms and halls able to accommodate a total of 1,850 people. There are 2 large congress halls, 3 congress rooms and 7 smaller meeting rooms. Capacity of the largest congress hall is 600 people. Top technical equipment, above-standard background support and qualified staff is ready to meet requirements of the most demanding customers. The lighting control system is divided between 5 central modules Foxtrot CP-1004. The commanding and control of each from the hundreds of DALI ballasts is done by a total of 8 DALI master modules C-DL-0064M on CIB buses. In total, 512 controlled lamps may be addressed and handled by the system. Just in the largest congress hall alone there is approximately 120 lights. The superior system that uses Foxtrot systems to select from predefined scenes utilizes audio-video systems installed in individual halls. The superior system communicates with Foxtrot via RS-232 and Ethernet. There are also the following predefined light scenes: 0%, 20%, 40%, 60%, „Projection“, „Projection & Speaker“ and „Full – 100%.“ Apart from the Dutch Van Der Valk Hotel in Veneendalen the x-bionic® sphere in the Samorin Center is another state-of-the-art hotel complex where the Foxtrot system was selected for the management and coordination of all technical facilities in the congress center, as in the Netherlands or as here in Samorin, in order to manage its specialized sections such as the lighting system. Here too Foxtrot has proven its flexibility especially when communicating with other operating sets or systems which are today necessary and which cooperate in the automatic control of lighting systems. 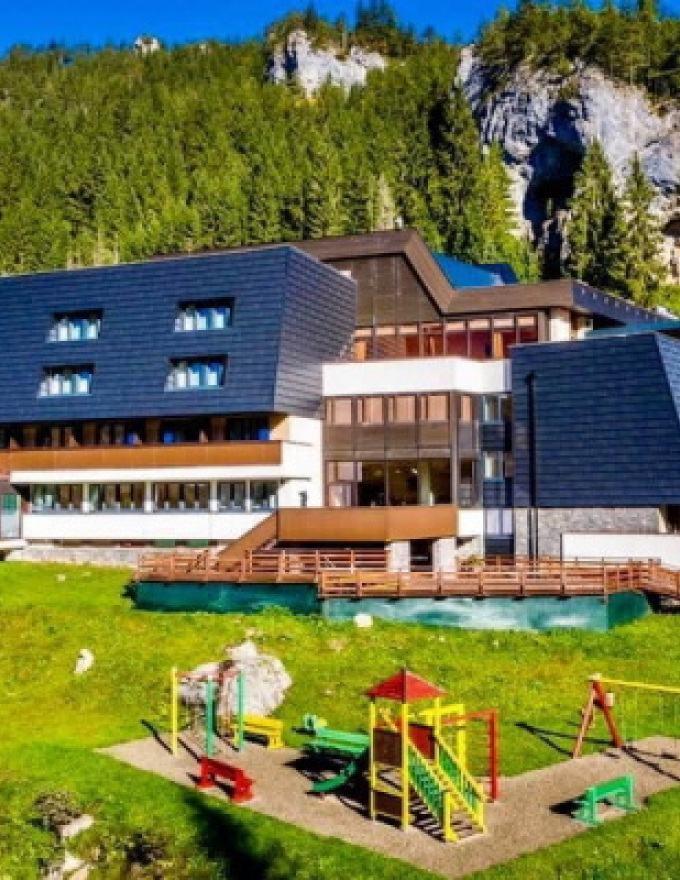 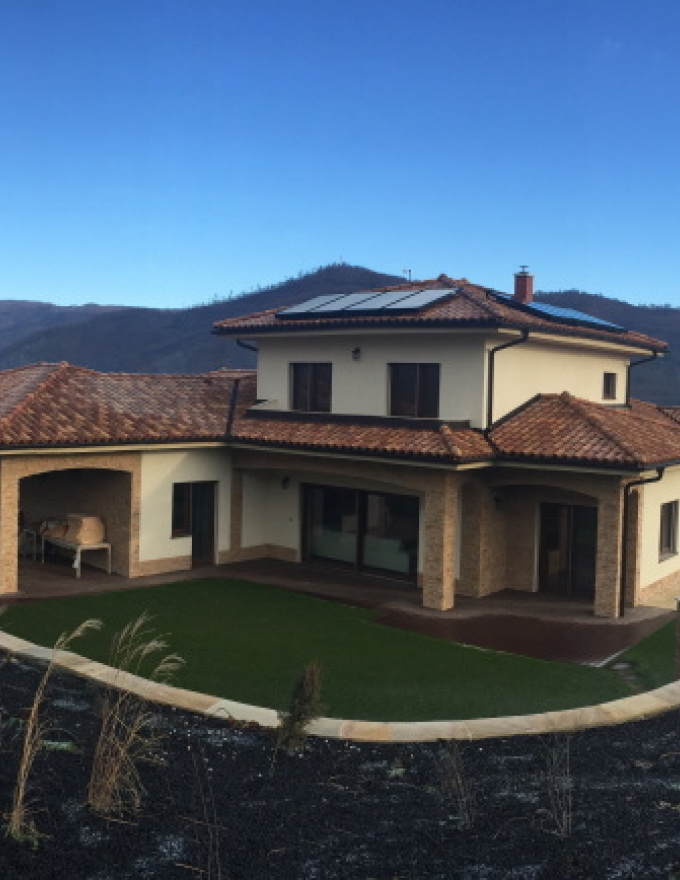 Hnúšťa, Slovakia
A complex control of technologies in a family house View 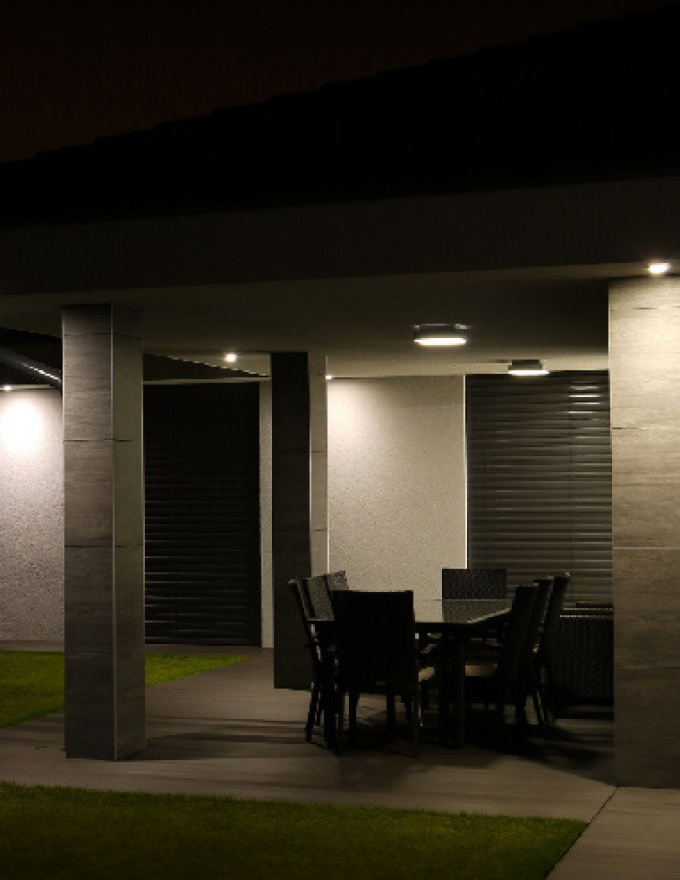 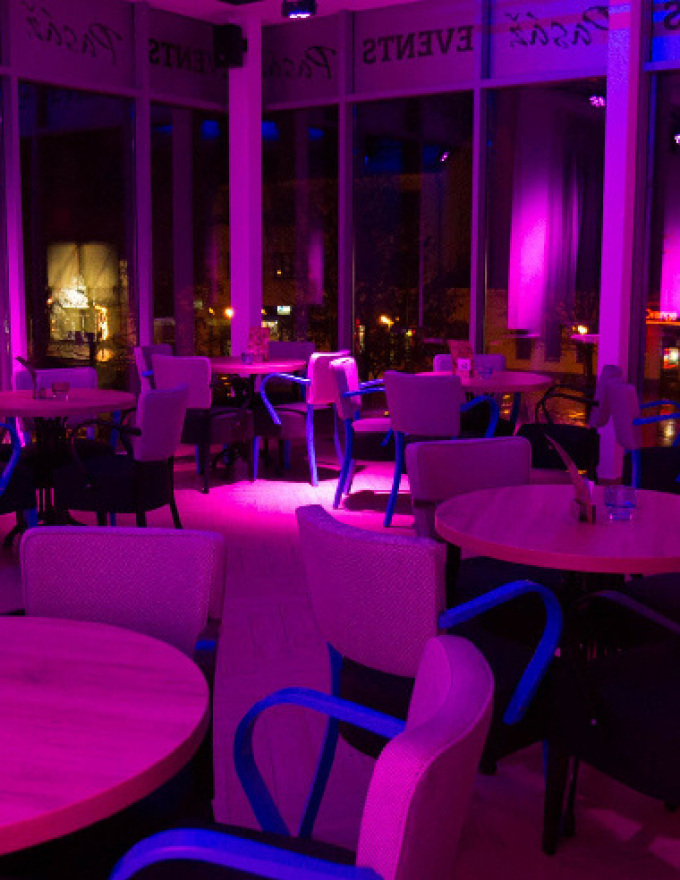 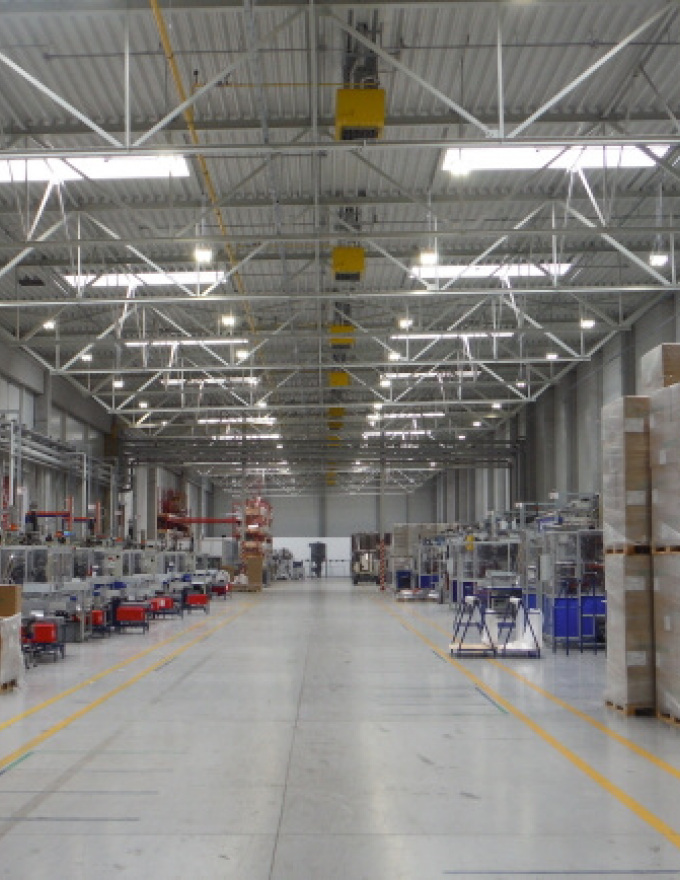 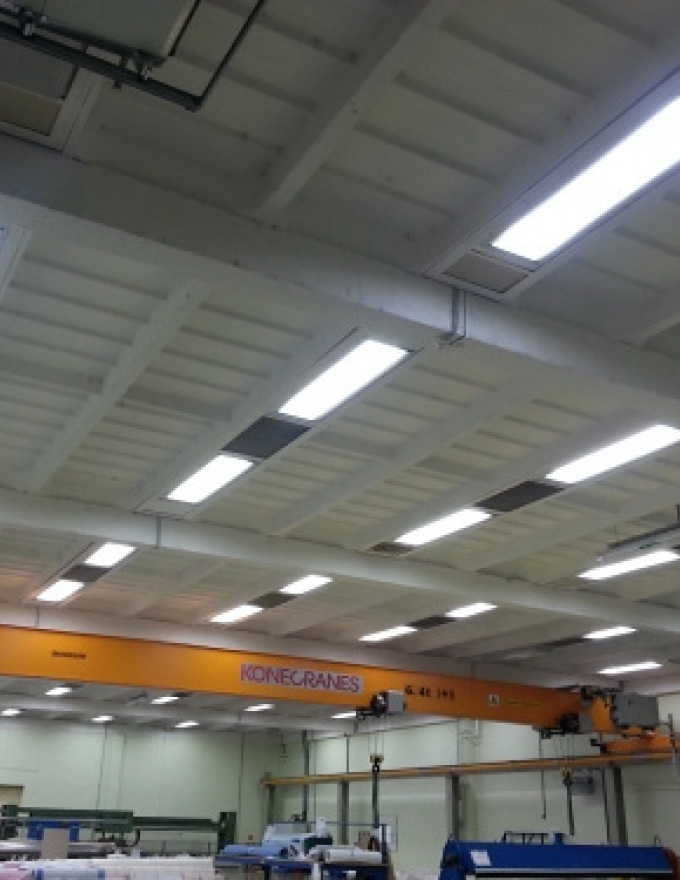 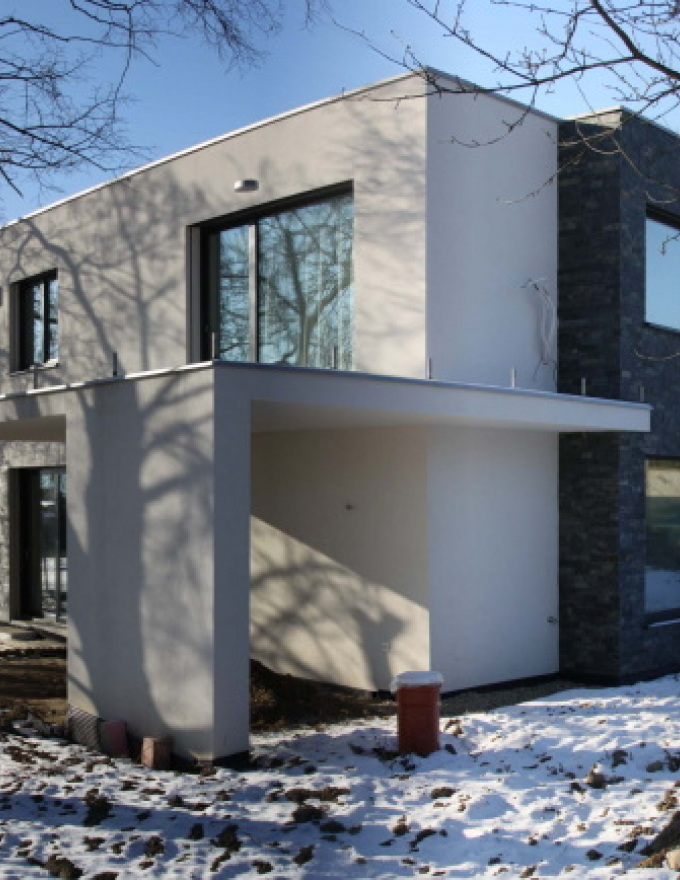 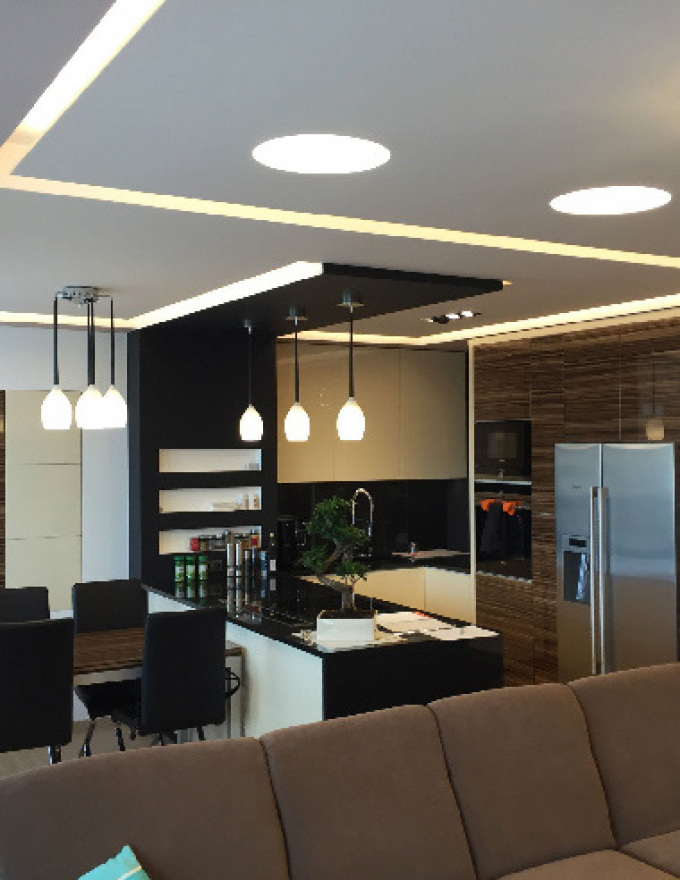 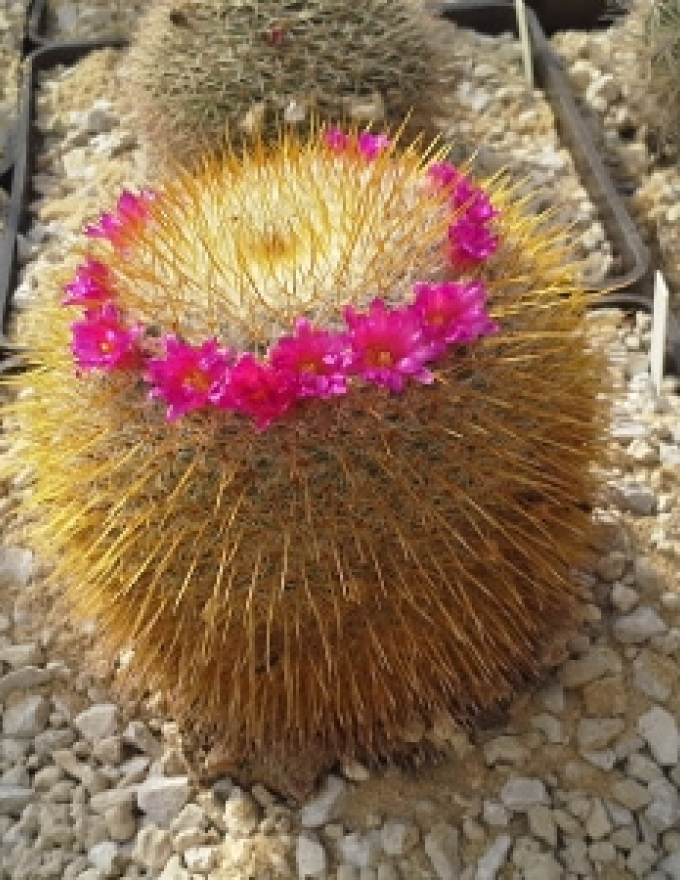